'Earthquake country,' said the Professor. 'San Francisco is geologically and seismologically a city that waits to die. Los Angeles is ringed by earthquake centres - seven massive quakes so far. We have no idea where the next, the monster, will hit…'

The seismologist chose his next few words carefully, ‘California is a State apart - the only State in the union where, in the back of the mind of any reasonably intelligent person lies the thought of tomorrow. Not when tomorrow comes, gentlemen. If tomorrow comes.’

…until a criminal fanatic kidnaps a nuclear scientist and builds his own atomic bombs. If exploded on California's fault lines they could trigger off the mightiest earthquake of them all - killing half its population and dumping the entire city of San Francisco into the sea. 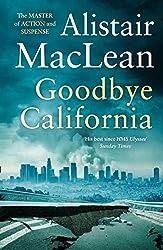