This collection of riveting tales of the sea includes the story that launched Maclean's writing career, the account of the epic battle to sink the German battle ship, Bismarck, and two new stories collected in the most recent editions for the first time.

Alistair MacLean has an unmistakable and unrivalled skill in writing about the sea and its power and about the men and women who sail it, and who fight and die in it.

The Lonely Sea starts where MacLean’s career started, with ‘The Dileas’, and collects together his stories of the sea. The latest edition includes two new stories, ‘The Good Samaritan’ and ‘The Black Storm’, which are published for the very first time. 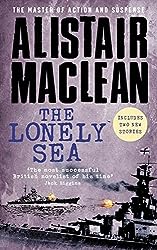